Protection of the territory

Protection of the territory of the Polistovsky Reserve

In accordance with the Federal Law "About Nature Protected Areas" N 33-FZ the protection of natural complexes and objects on the territory of the Polistovsky Reserve and its buffer zone is carried out by a special state inspection.

Working contacts have been established with police. Police offiсers of the Bezhanitsy and Loknya police departments, in some cases, are involved in the work to enforce the territory.

The protection department of the Polistovsky Reserve is equipped with specialized equipment and communication devices for work in hard-to-reach areas. The material and technical base of the protection department is regularly updated and replenished within the framework of state funding in accordance with the requirements of the current situation.

The total area under the protection is 55,280 hectares, of which 37,837 hectares are the direct territory of the Reserve and 17,297 hectares is a buffer zone created to protect the reserve from unfavorable anthropogenic impacts. The territory is a part of Bezhanitsky and Loknyansky districts of the Pskov region. The border of the Polistovsky Reserve, as well as its buffer zone, is marked with special placards warning citizens not to stay on this territory. 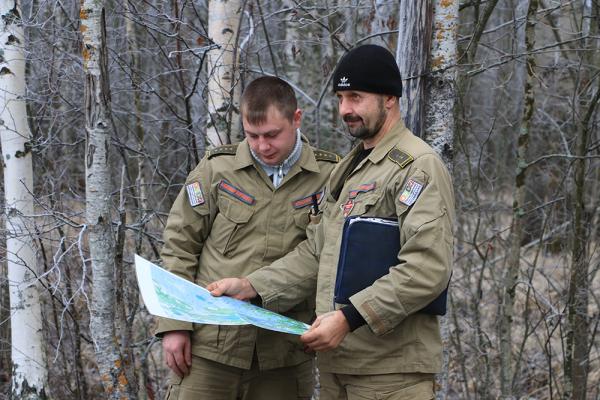 Any activity contrary to the objectives of the reserve and the regime of special protection of its territory is prohibited on the entire territory of the reserve, including:

In the territory of the Reserve it is allowed to carry out activities aimed at: 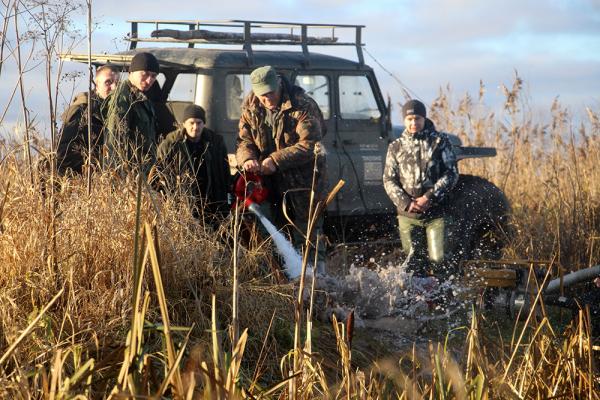 On the land and water areas adjoining the territories of the Polistovsky Reserve, a buffer zone of 17297 hectares has been established by Order No. 154 of June 6, 2000 of the Pskov Oblast Administration, its boundaries have been defined and the relevant Regulations which establish the limited regime of natural resource management within the buffer zone of the Reserve have been approved. The purpose of the buffer zone is to protect the territory of the Reserve from unfavorable anthropogenic impacts.

The tasks of the buffer zone are:

In order to support traditional kinds of nature management by the locals, to provide additional income to the locals, and to reduce the negative impact on the natural complexes of the Polistovsky Reserve, the Polistovsky Reserve administration annually allocates cranberry collection areas to the locals for their own needs and establishes a deadline for cranberry berry collection in the allotted areas of the protection zone.

At the same time, the following types of natural resource use are restricted in the buffer zone:

1. the amount of cranberries taken is limited to 15 kg per person.

2. the use of mechanical devices of berry picking ("harvesters") is prohibited.

II. Preparation of branches of woody vegetation for making brooms

1. complete destruction and significant damage to trees during the harvesting of branches on the entire protected area is prohibited.

2. it is forbidden to harvest branches of juniper and broad-leaved trees: oak, linden and others.

III. Prohibited throughout the buffer zone

IV. All other uses of plant life are permitted without additional restrictions, including:

1. gather all kinds of berries, except cranberries;

2. collection of all kinds of mushrooms;

7. amateur and sport fishing, according to the rules of fishing (Order of the Ministry of Agriculture of the Russian Federation from 29.12.2006 № 486). 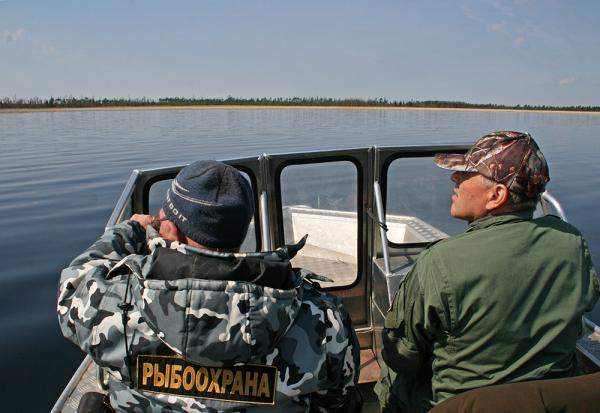 What makes this lake unique?

Lake Polisto is the fourth largest (3160 hectares) among the many reservoirs of the Pskov region. The lake basin slightly stretches from north to south; its length is about 10 km, the greatest width - 7 km, the average depth - 1.5 m. The lake is running. Lake Polisto is of residual origin, it was formed on the site of an ancient lake-glacial reservoir.

Based on the previously obtained data and materials of scientific research conducted on Lake Polisto during the years of existence of the Polistovsky Reserve, we can emphasize the exceptional natural value of this water body to maintain the hydrological regime, landscape conservation and biodiversity not only of the Pskov region, but also the Northwest region of Russia as a whole.

Polistovo-Lovatskaya bog system, the largest water body of which is Lake Polisto, is of international nature conservation importance in accordance with the Thelma Program (UNESCO). The territory of the Polistovo-Lovatskaya Bog System, where the catchment area of Lake Polisto and the Tsevla River is located, is included in the Ramsar Shadow List of Wetlands of the Ramsar Convention. The area is also an important reserve for migratory birds, the conservation and study of which meets the objectives of the Bonn Convention, as well as the International Agreement on the Conservation of Migratory African-Euro-Asian Waterbirds (AEWA).

The lake's catchment area is mostly occupied by upper bogs, the Tsevla River and about ten small rivers and streams flow into it, therefore, Lake Polisto is a reservoir of pure low-salinity water. The Polisto flows out of it. It carries its waters into Lake Ilmen, one of the largest reservoirs of the North-West of Russia - the Baltic Sea basin, which has a wide economic importance. Thus, the importance of Lake Polisto and its catchment area for maintaining the hydrological regime of the adjacent territories is quite obvious.

Undoubtedly, the great importance of Lake Polisto, the Tsevla River and flood meadows of the coastal areas for the maintenance of natural biodiversity of the Pskov region. It should be noted the special faunistic value of this natural area. The lake is inhabited by 15 species of fish, including two species rare for the region. Lake Polisto is the only body of water in the Pskov region, which is inhabited by the herring ("freshwater herring"), and one of the few bodies of water of the region, which is inhabited by blue bream. In the shallow waters of the lake there are spawning grounds of many commercial fish species, including bream, pike, roach, roach and pike. In the upper reaches of the Polist River spawns burbot, there is one of the few preserved in the Pskov region population of river crayfish.

The reservoir is a particularly valuable nesting place and a migration area for many species of waterfowl. It is home to white-tailed eagle, osprey and common greenshank - species included in the Red Book of Russia and the IUCN, as well as about two dozen regionally rare bird species protected in the Baltic States, Belarus and regions of the Northwest Federal District. Two bird species new to the Pskov region were found in flood meadows of the Lake Polisto coast and in the mouth of the Tsevla River.

Unique communities of rare plant species have been found on the shores of Lake Polisto. During the inventory of the flora of the shore areas, carried out by specialists of the Main Botanical Garden of the Russian Academy of Sciences named after N.V. Tsitsin and the Botanical Institute of the Russian Academy of Sciences named after V.L. Komarov, plants rare in the Pskov region were found here. For example, the fern - Thistle multiflorum, orchid Dremlik marsh, and Povoynichok water pepper which requires especially clean water. Many rare and ornamental plants - Gentian lungwort, Peach violet, Fescue reed grow in great numbers along the banks, and the peatbanks on the northern shore of Lake Polisto and in the mouth of the Osyanka River were identified as botanical phenomena.